The DoT has requested the state government to conduct a workshop to create awareness about radiation, finalise the state RoW policy aligned with the central Right of Way policy. 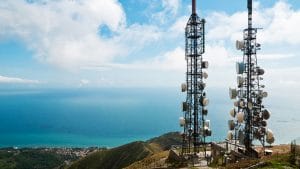 Image for representational purpose only

The Karnataka government has been asked by the telecom department to align its infrastructure roll out a policy with the Centre’s following incidents of cable cutting by the local municipal body in Bengaluru. The DoT in a letter dated May 1 to the state government said that the proposed regulation in Karnataka for telecom infrastructure roll-out is not aligned with the Right of Way policy notification of November 2016.

Referring to a communication last month, the DoT Advisor for Karnataka telecom circle said, “it has been requested to pursue with the state government for implementing the state RoW policy aligned with the central (Indian Telegraph) Right of Way policy.”

Recently, the Bruhat Bengaluru Mahanagara Palike (BBMP) had ordered to cut down telecom cables laid over the ground, citing them to be non-compliant with existing norms, and has demanded fees from companies to lay them underground.

However, telecom service providers said the cables were laid overhead temporarily due to road construction work and they had already paid the fees for laying them under the ground.

Industry group Tower and Infrastructure Providers Association (TAIPA) had alleged that cable was cut in areas like Sarjapur Road, Whitefield, Marathahalli, Bellandur and Sarjapur without any prior intimation to the telecom industry.

Preventive measures undertaken
The letter from advisor said that the action from the BBMP had adversely impacted the network connectivity and also seriously affected digital transactions and other emergency services.

The DoT has requested the state government to conduct a workshop to create awareness about radiation, finalise the state RoW policy aligned with central (Indian Telegraph) Right of Way policy.

According to a DoT letter issued to telecom circle head in states, only 13 states have aligned their RoW policy with that of the central government including Haryana, Odisha, Jharkhand, Rajasthan, Assam, Tamil Nadu Uttar Pradesh.