In the latest budget, the government had introduced a custom duty on industrial electronic components. Experts have expressed concerns regarding the ill effects that it might have on India’s electro

The issue
The Indian electronics industry has been uptight lately with an announcement in the current Budget where customs duty has been increased by 10 per cent (effective 11 per cent, together with social welfare surcharge) on industrial electronic components like connectors, switches, relays, ferrite cores, microphone cartridges etc. 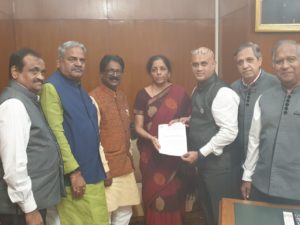 These components constitute around 25 – 30 per cent of the cost of the finished products. Most of the components are imported owing to local non-availability of raw materials required to manufacture these components. Connectors have over 32,000 different models with different pins raising the number of total products to more than 1,50,000. Similar is the case with relays and switches. With so many different models coupled with low volumes in each category, it becomes extremely uneconomical to manufacture locally.

There are more than 1000 manufacturing units of Wire Harness employing around 5 lakhs people and they are located mostly in cities like Pune, Gurgaon, Noida, Delhi, Chennai, Ahmedabad and Bangalore. With higher duties on components like connectors, import volumes will increase with a consequent decrease in domestic manufacturing, leading to the loss of many jobs as well.

A hard blow to Make in India
Experts predict that the set customs duty structures will work against the Make in In India initiative. At the moment, while customs duty on finished electronic products like set-top boxes and terminals falling under HSN 85176210 to 85176970, 85176910 to 85176970 and 8519 are at 0 per cent customs duty,  goods falling under HSN 8523, 8528, 8443 are 85284200,8530 draw duties at 7.5 per cent and goods under HSN 8521 , 8525, 8527 are at 10 per cent customs duty. Levy of customs duty on so many components will lead to the import of fully populated PCBs; adversely affecting the Make in India and the government’s visionary projects such as Digital India, Smart Cities. Furthermore, this will make bringing EVs to mainstream popularity even harder.

MSMEs will be the most hit by these duty structures as around 90 per cent of these manufacturing units consist of MSMEs while the remaining 10 per cent are large manufacturers. Even the local manufacturers of wire and cables will get affected as cables and wire constitute 60 per cent cost of the wire harness. Large scale unemployment will be another severe outcome for MSMEs.

Measures undertaken
Industry players are taking active measures to find a solution to these impending concerns. All India Electronics Association (AIEA) approached Nirmala Sitharaman, Finance Minister, MeitY with the plea to roll back the 10 per cent customs duty imposed on the industrial electronic raw material and intermediary components in the recent budget.

The association has explained the threats of large-scale unemployment, an exponential surge of imports and the eventual downturn of the Make in India initiative to the ministry in their pleas. A detailed representation has been submitted to Aunurag Thakur, MOS for Finance, and Ajay Bhushan Pandey, revenue secretary, Ministry of Finance.

The representation also cites a specific example of wire harnesses manufacturing where higher duty on connectors than the finished products may lead to major challenges in its domestic production.

Mitesh Mody, president (west zone), AIEA informed that the Finance Ministry is looking into the matter on priority, evaluating the revenue fluctuations that a rollback might bring and the consequences that are hanging in the balance.

“The honourable finance minister has already directed the revenue department secretaries and communications have started within the department and are sending email to other stakeholders like Indian manufacturers of similar products,” says Mody.

He further informs that the process includes further consulting 3 – 4 departments within the finance ministry, customs ministry and few offices of commerce and industry before coming to a final verdict.

AIEA has taken further steps in ensuring all the challenges are addressed before moving forward. “If this duty continues, then definitely Indian electronic hardware manufacturing is going to struggle. That is why we have made a similar representation to SME minister Nitin Gadkari also that this is not just a question of revenue arising out of 10 percent of duty, but also about a huge loss of revenue of Indian industry”, explains Mody.

The industry awaits the response from the ministry now, with hopes for a more convenient resolution.