While the incentives may help support adoption of electric technology in buses used for public transport, industry insiders say the proposed subsidy will adversely impact affordability of electric two 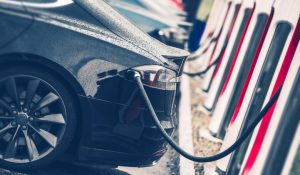 The government has placed stiff localisation riders for the automotive industry to avail of incentives upfront under the FAME (Faster Adoption and Manufacturing of hybrid and Electric Vehicles) II Initiative to promote local manufacturing of electric vehicles. Two persons who attended a Wednesday meeting of policymakers and industry stakeholders under the aegis of the Department of Heavy Industry told Economic Times.

Revised incentives at a glance
Vehicle makers have to ensure minimum localisation content of 40 per cent on ex-factory price of the vehicle in case of buses and 50 per cent for all other categories of vehicles (electric two-wheelers, electric three-wheelers, electric four-wheelers and e-rickshaws) to qualify for benefits under the scheme.

Overall, direct subsidies to the tune of Rs 8,800 crore will be extended to consumers to promote widespread utilisation of electric two-wheelers, three-wheelers, four-wheelers and buses. Only lithium-ion battery fitted vehicles registered with appropriate authorities will be eligible for incentives.

An additional Rs 1,200 crore has been earmarked to set up charging infrastructure and build awareness among consumers about electric vehicles. The government last week approved Rs 10,000 crore to implement the second phase of FAME India Initiative for a period of three years starting April 1.

As per the policy firmed up by the Department of Heavy Industry (DHI), in order to promote widespread adoption of electric mobility across segments and across vehicle technologies, incentives linked to battery size will be extended to vehicles under phase two of the FAME II.

A uniform incentive of Rs 10,000 per KWh would be extended to all vehicles including plug-in hybrids and strong hybrids, except for buses. Incentive of Rs 20,000 per KWh additionally has been determined for electric buses for a maximum of Rs 50 lakh, down from Rs 1crore in the first phase of the scheme.

ET reported that while the incentives may help support adoption of electric technology in buses used for public transport, industry insiders say the proposed subsidy will adversely impact affordability of electric two-wheelers.