Ericsson is hiring engineers globally for its AI accelerators, including 150 engineers in Bengaluru.

Swedish telecom gear maker Ericsson said that it is increasing its Artificial Intelligence-related investments in India along with Sweden and the US to boost its managed services business. It is also aggressively hiring engineers to support its artificial intelligence and automation efforts in the country. 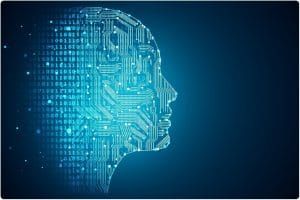 In an interaction with Economic Times, Peter Laurin, Head of Managed Services at Ericsson stated that Ericsson has a lot of development happening in India and currently the organisation is betting on three centers, namely the Silicon Valley, Sweden, and India, which they term it as the global AI accelerators.

Ericsson is hiring engineers globally for its AI accelerators, including 150 engineers in Bengaluru. The company is also putting efforts in upskilling its existing engineers in the managed service business to handle address demands coming from telcos.

India – A lucrative business hub
Laurin informed that India is a great business hub for Ericsson and they would like to attract more talent in AI, automation and data science. He said that the AI and automation capabilities are helping Ericsson in countries like India where networks are complex and generate an immense amount of data.

The company now wants to take India specific innovations to other global markets. Laurin commented that India is a great R&D hub for Ericsson, both in development and putting it into the field. Hence the organisation now aims to develop in India and deploy it in the US.

The Impact Of The Coronavirus On The LED Industry